To switch between different languages the term store, you can easily swap by selecting another language in the language selector drop down. 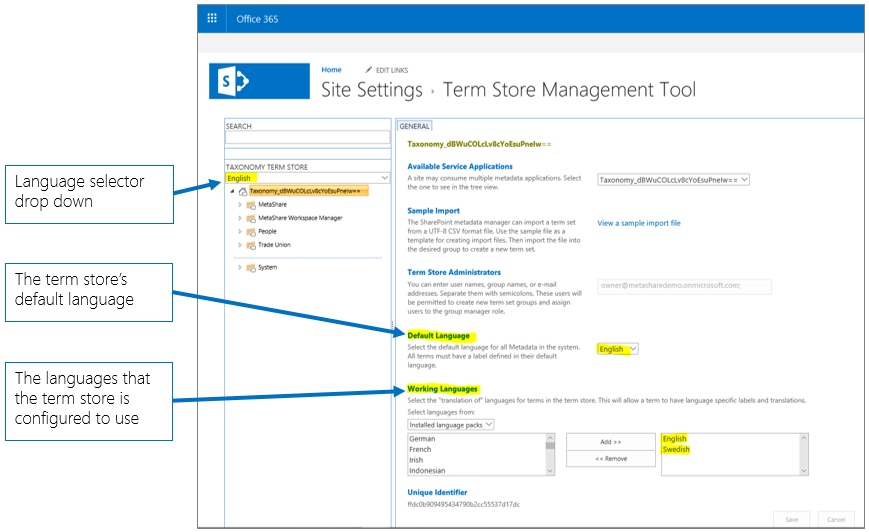 If you do not intend to use more than one language, the recommendation is to not add any other languages to the term store, as it will make updates more complicated and in many cases people forget to translate terms. If you go to a workspace and some term changes are not reflected in the workspace, it’s likely that you have made changes to the term in the wrong language.

To remove a language in the term store, do the following:

MetaShare simplifies document management in Office 365 and increases the operational efficiency for the organization.