On this page we explain the definition of the three highlighted boxes in the image below. 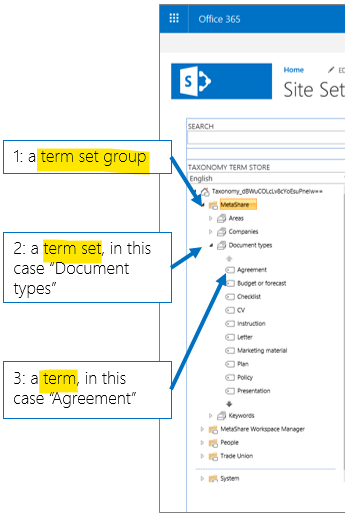 MetaShare simplifies document management in Office 365 and increases the operational efficiency for the organization.